Like Miss Baker, George Mann was headlining in Paris in spring 1931, as one half of the dance team Barto & Mann. His good friend Bob Vernon was a lead dancer in Miss Baker’s revue at the Casino de Paris, and it was this close association that allowed George Mann to set his movie camera up just on the edge of the stage and capture a scene that is sure to captivate. It seems Miss Baker was a bit captivated, too, if the name “Mann” in quotes on her autographed photograph is anything to go by. 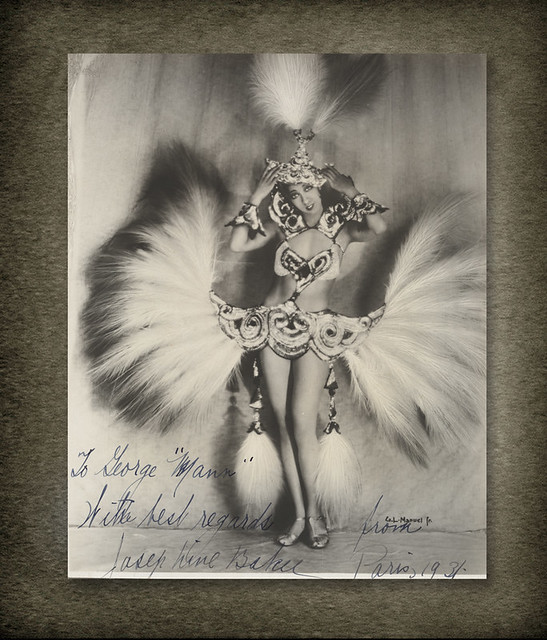