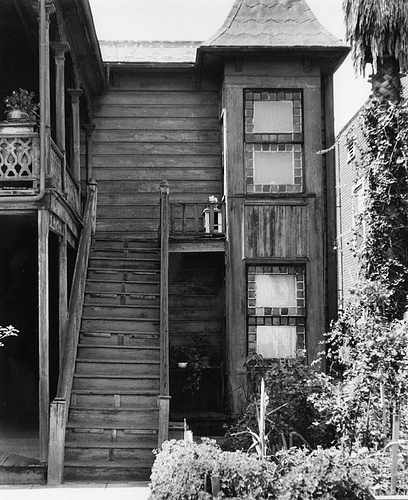 “Max Heindel” was actually the pen name of Carl Louis Von Grasshoff, a native of Denmark, born in 1865, with royal German blood running through his veins. Von Grasshoff was a child when his father died, and he was raised in genteel poverty, meaning the family was broke but kept up appearances as Danish nobility. Von Grasshoff rejected the “noble life” when he was 16 and trained to become a steam ship engineer, eventually becoming a Chief Engineer for the famed Cunard line. By 1905, ill health and personal sorrows, including a difficult marriage, had cause Von Grasshoff, now going by the name Max Heindel, to go on a spiritual journey. He became interested in metaphysics, joined the Theosophical Society, shared his insights as a lecturer, and made his way to Los Angeles.