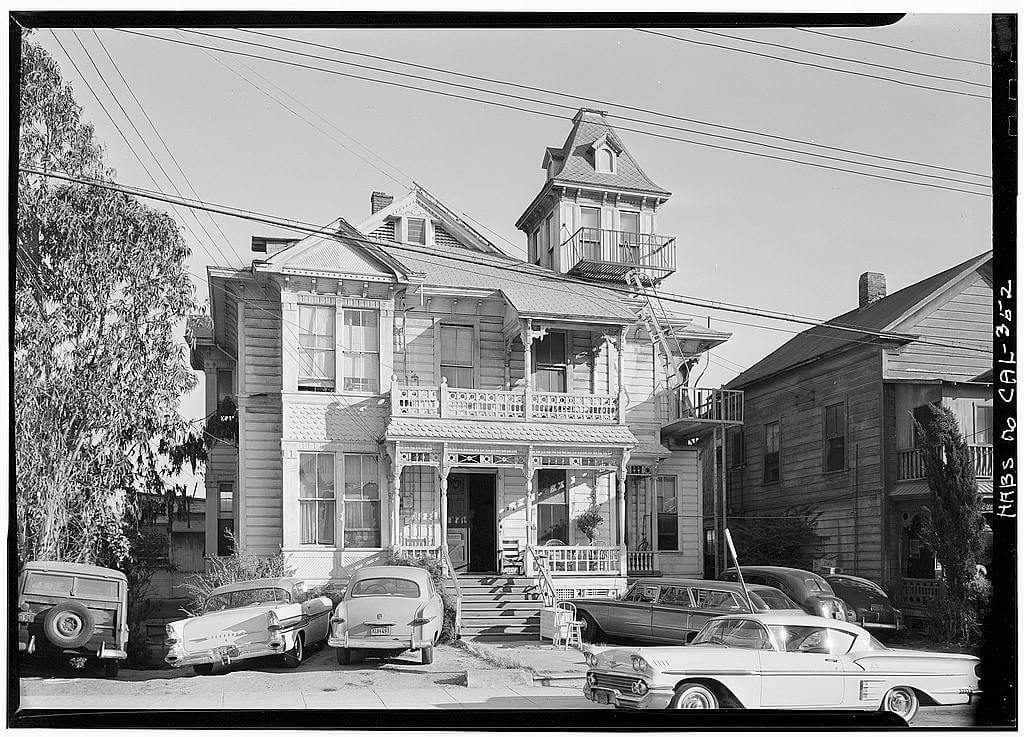 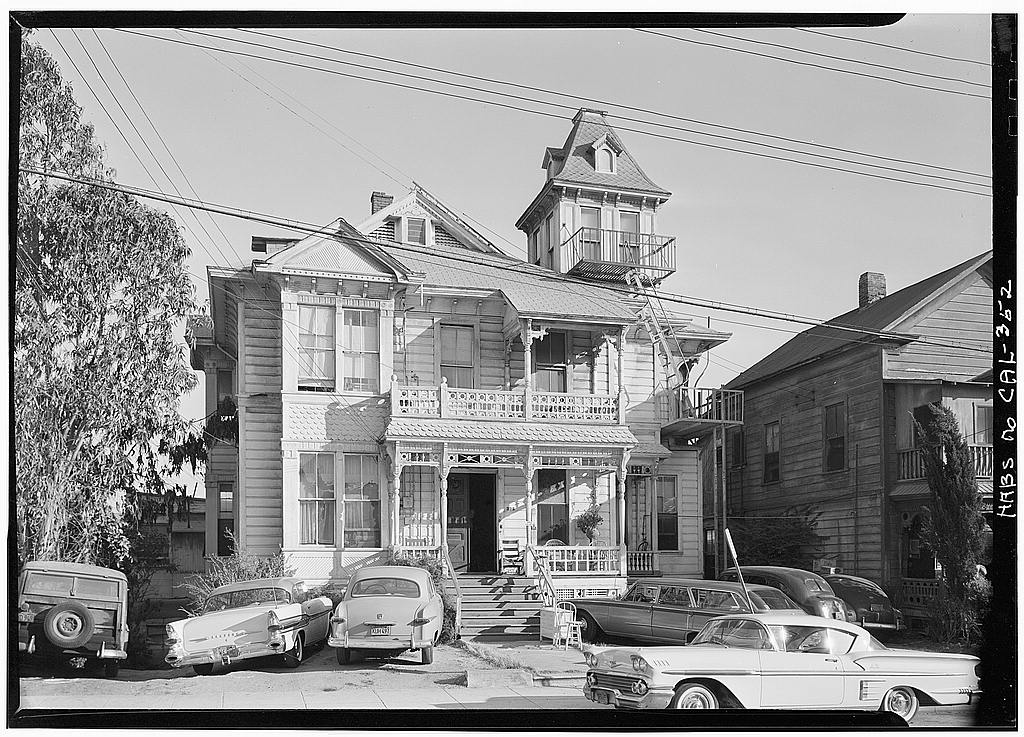 Many of the Bunker Hill mansions went away without much fanfare, their existence blighted by high rises and retained only in the faint memories of former residents. Others, like the Brousseau Mansion, held on long enough to be captured on canvas by the many artists who descended upon the Hill in its final years. The graceful beauty of the Victorian residence shines not only in paintings and photographs but also in the accomplishments of a couple of its most notable residents.

Located on South Bunker Hill Avenue, between Second & Third Street, the house was one of the Hill’s earliest, built around 1878 by Judge Julius Brousseau. While many early residents of the Hill found themselves tangled up in scandals involving kidnapping, adultery and suicide, according to the LA Times, “no citizen of Los Angeles had a better reputation for integrity and good citizenship than Mr. Brousseau.” The family, including two sons and two daughters resided at the stately mansion until the death of Mrs. Brousseau, around 1901, followed by the Judge in 1903. The Brousseau boys would go on to try their hands at various vocations and daughter Mabel would become a fixture of the City as a respected music teacher. Kate Brousseau, the eldest of the Judge’s children would prove to be one of Bunker Hill’s most extraordinary residents.

Kate Brousseau began her teaching career around the age of 20 and was at one time employed as a French instructor at the State Normal School, located where the Central Library now stands. She also gave French lessons at the family home for 75 cents per visit. In the mid 1890s she began studies at the University of Paris where she was “the only woman student in a Greek class of sixty members.” Upon her return from France, Kate would frequently translate French literature which was then published in the Los Angeles Times. She would go on to earn a PhD in psychology, serve with the French Army during WWI and assist the French Army with the rehabilitation of shell shocked soldiers after the war. Kate publish numerous books with subjects including race and education and became an internationally known psychologist, teaching the subject at Mills College from 1907-1928. Although she was born in Michigan and despite her many travels, Kate Brousseau still called Los Angeles home until her death in 1938.

Soon after the Brousseau clan vacated 238 S. Bunker Hill, the residence became a boarding house like so many others on the Hill. A one time showpiece of the neighborhood, by 1939 the twenty-one room house was broken up into 13 units. Of the many occupants who came and went during the mansion’s half century as multi-housing, the most famous was probably “the funny old man with the birds.” When the Community Redevelopment Agency began its scourge of Bunker Hill, many artists and photographers descended upon the neighborhood, desperate to “preserve” the buildings before they were gone. Little did these artists know that a resident of 238 S Bunker Hill had been painting scenes of the neighborhood for years. His name was Marcel Cavalla, and by 1963 he had been a resident of the Brousseau Mansion for twenty three years. A retired pastry chef, Cavalla lived alone with his pet birds and painted to “pass the time,” using the finished products as wallpaper to keep him and the birds company. Before the house was demolished, Cavalla was “discovered” by a fellow artist and his work received a month long showing at a local art gallery. Suffering from cancer, Cavalla was able to live out his days at the Brousseau residence until his death in 1966. Leo Politi would include a portrait called “Marcel” in his 1964 tribute Bunker Hill, Los Angeles : reminiscences of bygone days.

By 1967, South Bunker Hill Avenue had been wiped off the map and the Brousseau Mansion along with it.