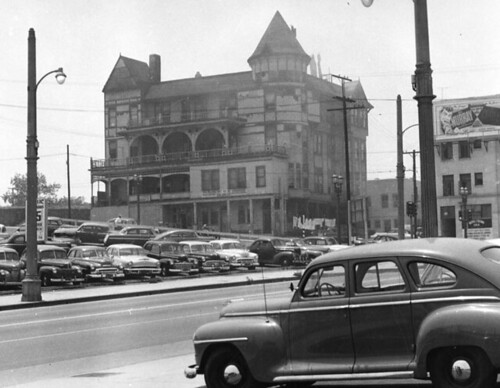 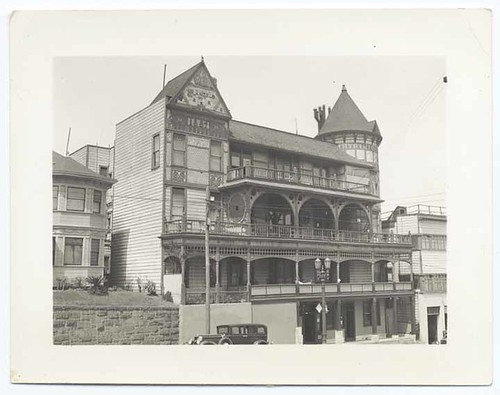 The St. Angelo Hotel was built in 1887 by a Mrs. A.M. Smith who hoped to cash in on the big SoCal land boom of the 1880s, which brought countless migrants to the area. Like many structures built on the Hill during this period, the St Angelo was an elaborate Victorian building that the Los Angeles Times described as having “balconies with ornate woodwork and varicolored small squares of glass are in the upper parts of the windows.” As for the interior, the St. Angelo had “winding stairways which with other woodwork are of redwood” with “wide landings that are parlors on each floor.” 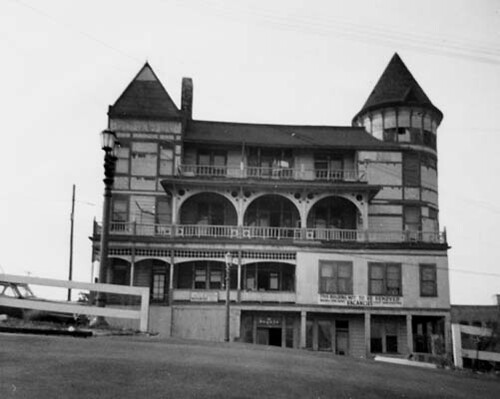 Prosperity did come to the St Angelo in the early years of the 20th Century and the hotel hosted many parties, weddings and conferences. Guests were frequently mentioned in the society pages. While the patrons of the St. Angelo may have been of a more refined type, the same could not always be said of its employees. For example, there was no love lost between Mr. Cole, the hotel cook, and Mr. Brown another hotel employee, who were known to frequently spar. One day in March of 1902, all hell broke lose and Brown and Cole chased each other around the kitchen throwing, “catsup bottles, dining-room chairs, and other utensils that came handy.” The authorities were summoned and Brown was fined $5.

In 1904, Mrs. A.M. Smith came back in the picture when she realized that she legally still retained, as the L.A. Times reported, a strip of land “seven and one half feet, extending from Grand avenue to Bunker Hill avenue and passing directly under the St. Angelo.” The property owners demanded that she hand over the deed to this strip of land, but Mrs. Smith held out for the cash settlement. She finally made a profit on the St. Angelo. 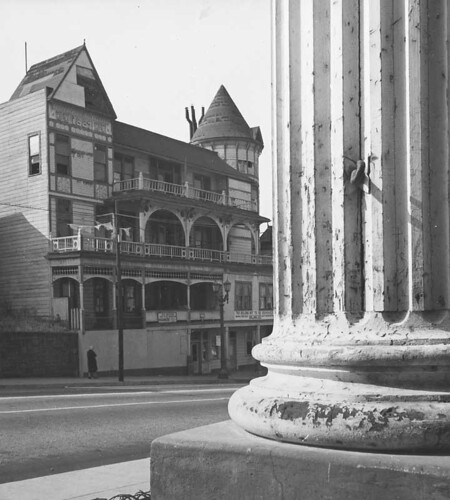 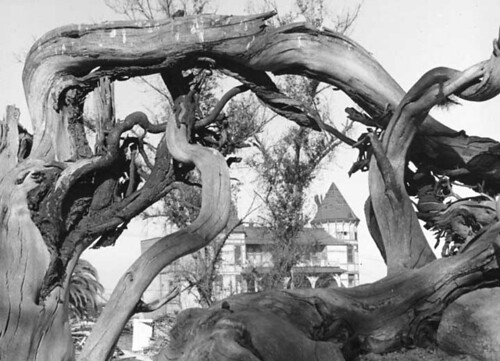 By 1939, when a WPA census was conducted, the St. Angelo and its 57 units were in need of “major repairs.” As the Los Angeles Times noted, “it is an old wooden pile now proudly in decline, a genteel old building still snobbish among the smaller structures around it which were built not much later.” Despite the hotel’s shabby condition, it stood proudly on the Hill until the board of health ordered it vacated in 1956. All traces of the once grand hotel were soon erased and replaced by the Music Center which was dedicated in 1964.