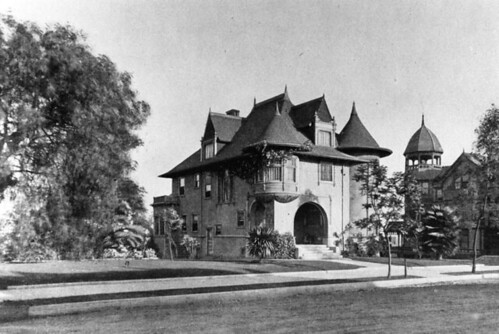 After living at 350 South Grand for ten years, Hershey decided she needed a change. Instead of merely redecorating, she physically had the house moved to 750 W. Fourth Street and commissioned architectsÂ  C.F. Skilling and Otto H. Neher to split the residence in half and turn it into an apartment building. The renovations on the new building were completed in December of 1907 and the finished product included one and three bedroom suites complete with patented wall beds, artistic wall decorations, and interior wood finishings. Because of the structure’s resemblance to a European castle, Hershey’s new apartment building was christened the Castle Towers. 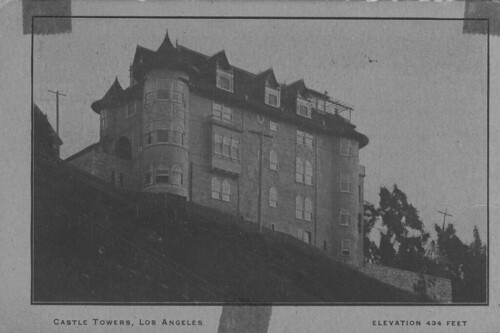 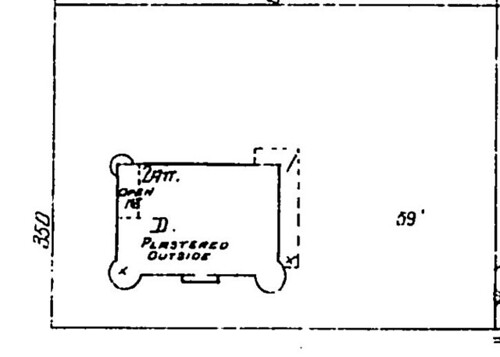